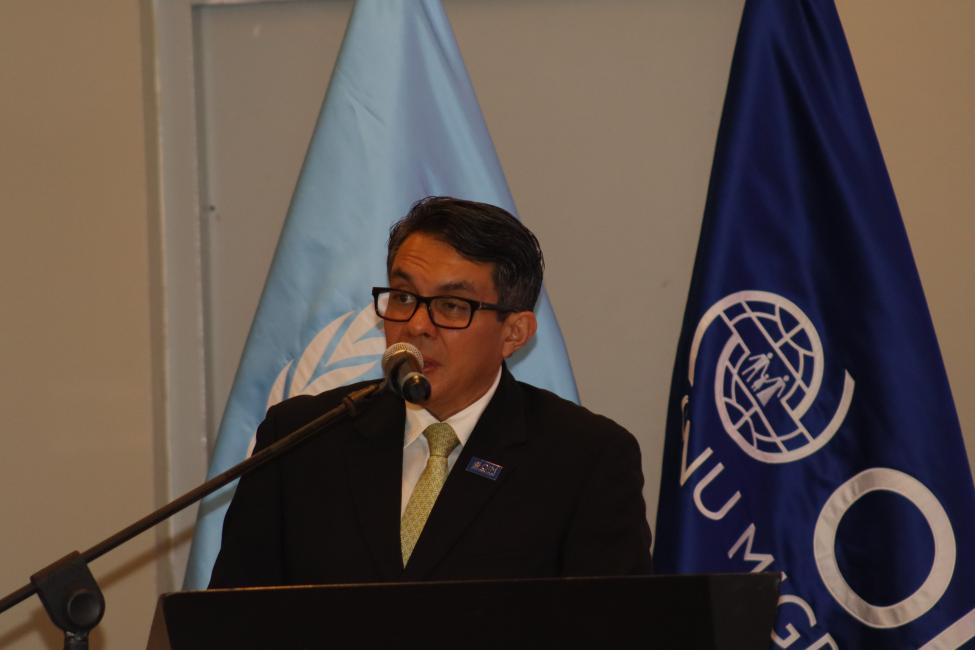 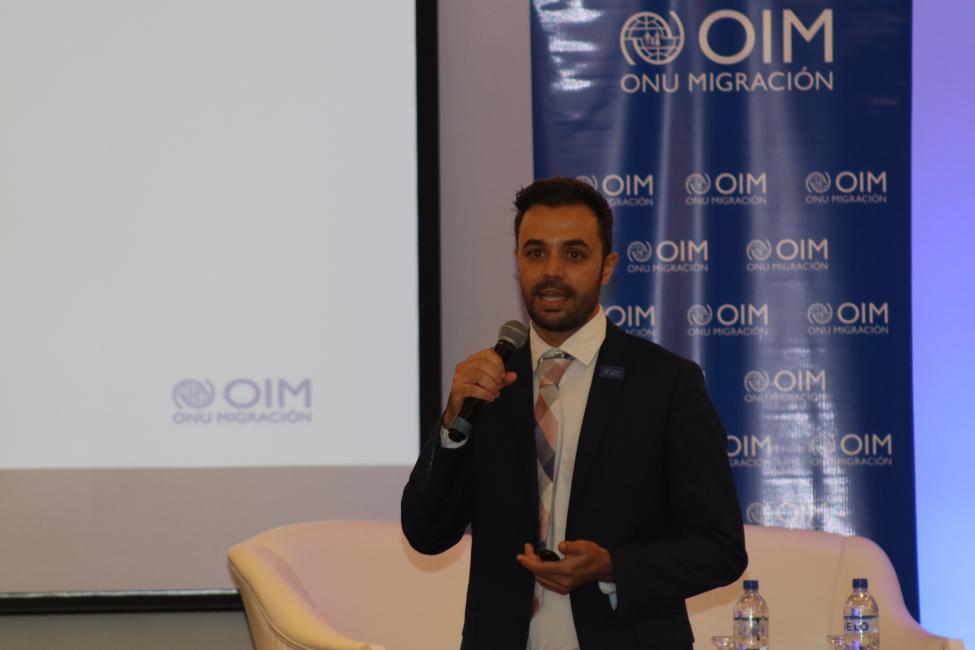 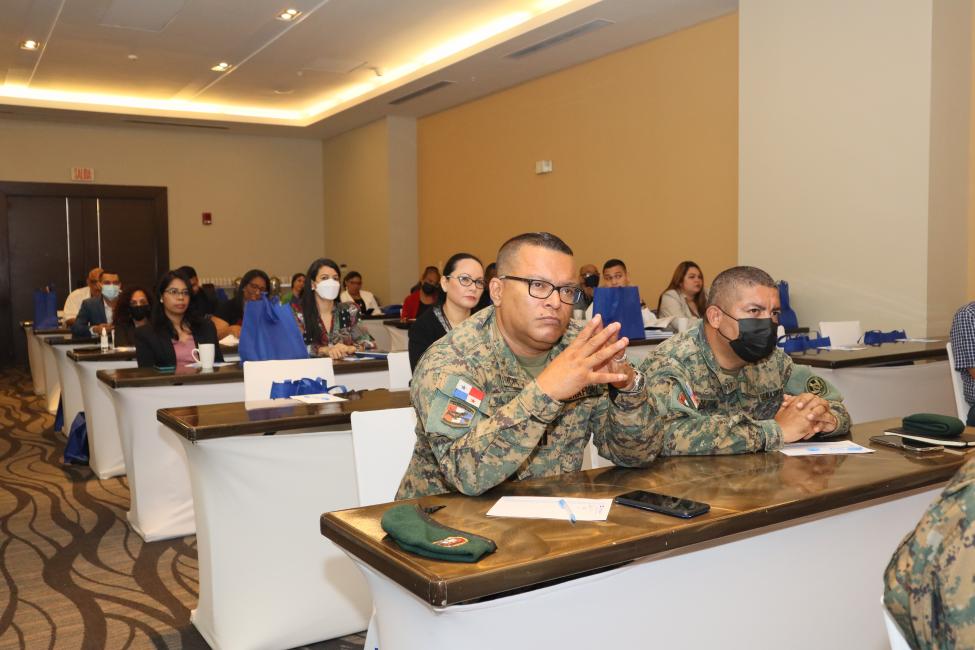 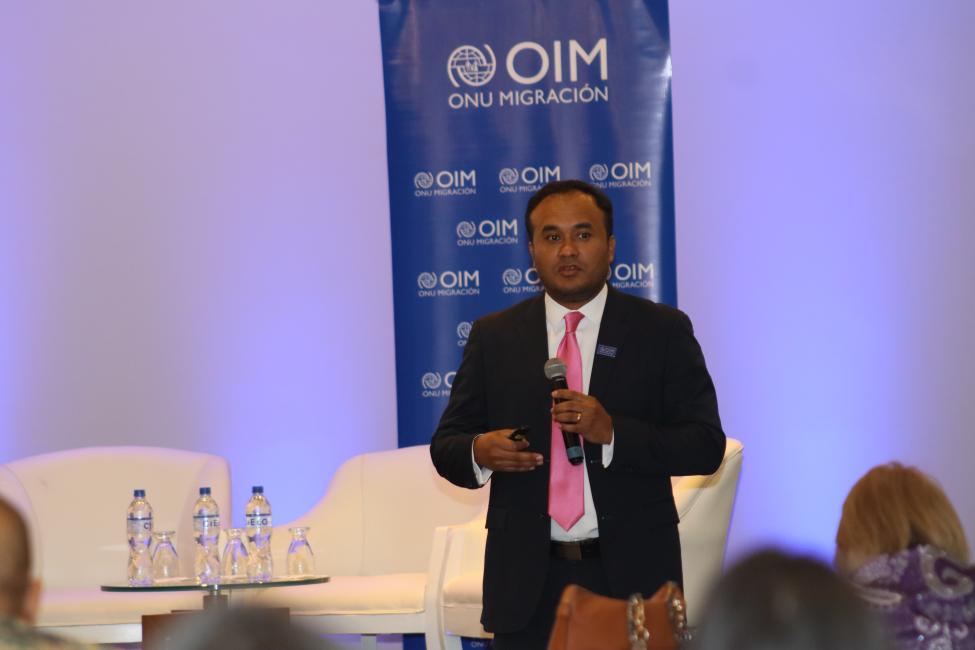 Panama City, 01 September 2022 - The International Organization for Migration (IOM) presented the Migration Profile, a document that presents the evolution of the migratory context in Panama, its sociodemographic characterization and underscores the need to collect disaggregated migratory data for the formulation of public policies aimed at the differentiated and specific needs of migrants.

Among the findings of this study, it is evident that the political crises that have affected nearby regions and countries have increased the flow of migrants to Panama, mainly for labour reasons. Migration usually has a transitive character of young people who seek to generate income to stabilize their economic situations and contribute through remittances to their families in situations of vulnerability in their countries of origin.

The study also details that in Panama there is gender parity within migrants, with a tendency to receive young people, most between 25 and 45 years old, who arrive in single-family groups or couples. According to estimates made by the National Migration Service, the country had approximately 419,146 migrants already regularized or in the process of regularization in 2020. Most of the migrants were intraregional. Colombia accounted for 26%, Venezuela, 20%; Nicaragua, 9.3%; the Dominican Republic, 5%; and the People's Republic of China accounted for 5.8% of the migrant population.

"The Migration Profile is one of the tools promoted by IOM to develop comprehensive and evidence-based migration public policies. We hope that it will serve as an instrument to inform discussions on policies for the protection of human rights and integration of migrants in the country," said Santiago Paz, Head of IOM's Panama (Global) Administrative Centre and Chief of Mission in Panama.

In accordance with Principle II of the Migration Governance Framework, a migration system that promotes migration and mobility in humane conditions and in an orderly manner benefits migrants and societies when it adheres to international standards and abides by the rights of migrants, formulates proven policies and uses integrated governance approaches, it works with its partners to address migration and related issues.

IOM's information management tools include the Displacement Tracking Matrix (DTM), which is a system that allows collecting information and monitoring the mobility of the population, especially those in vulnerable situations.

Since 2019, IOM has undergone different rounds of DTMs in Panama to monitor border areas, conduct surveys in host communities, collect information on the journey taken to reach the country, family and work situation before and after leaving their country of origin, access to health services and possible needs.

In addition to the National Government, the Human Mobility Group of the United Nations System in Panama, co-led by IOM, has also been able to take advantage of the knowledge about the migrant population reached through tools such as DTMs so that its actions are more precise and adapted to the specific context. This knowledge was also applied to boost fundraising and foster efforts with multiple donors.

In 2021, three multisectoral and one binational DTM were made, and two months of mobility tracking and flow monitoring were published through an interactive dashboard that was updated weekly on IOM Panama's website. This year, a monitoring of migratory flows was made twice in the Darien province and a survey report have been published in the Panama and Panama Oeste provinces.

"The adoption of the best available information management tools facilitates an accurate identification of migration trends and anticipates the impact that migration can generate on the institutional framework, the economy and the well-being of people in a country or region," concluded Gerardo Carballo, IOM consultant specializing in information management.

Gonzalo Medina, National Project Officer, presented during the event how, for good migration governance, Panama has established formal mechanisms so that the migration statistical information prepared by the National Migration Service and the National Institute of Statistics and Census is effectively taken into consideration for the elaboration of evidence-based public policies.

The session culminated with a panel on the challenges and opportunities for the socioeconomic integration of migrants in which Adriana Rincón, President of the Fundación Activados Panamá; Juan Ameijeiras, first President of the Panamanian-Venezuelan Chamber of Entrepreneurs; Alexis Rodríguez Mojica, economist at the Office of the Resident Coordinator of the United Nations System in Panama and María Isabel Saravia, Deputy Director General of the National Migration Service participated.

With this activity, IOM emphasizes the importance of socializing key messages from the academia, the diaspora, the private sector, and institutions to harness the potential of information management tools at the service of the protection of human rights and the socio-economic integration of migrants.

This presentation was made with the financial support of the Bureau of Population, Refugees and Migration (PRM) of the United States Department of State. For more information, contact IOM Panama's communications team via iompanama@iom.int