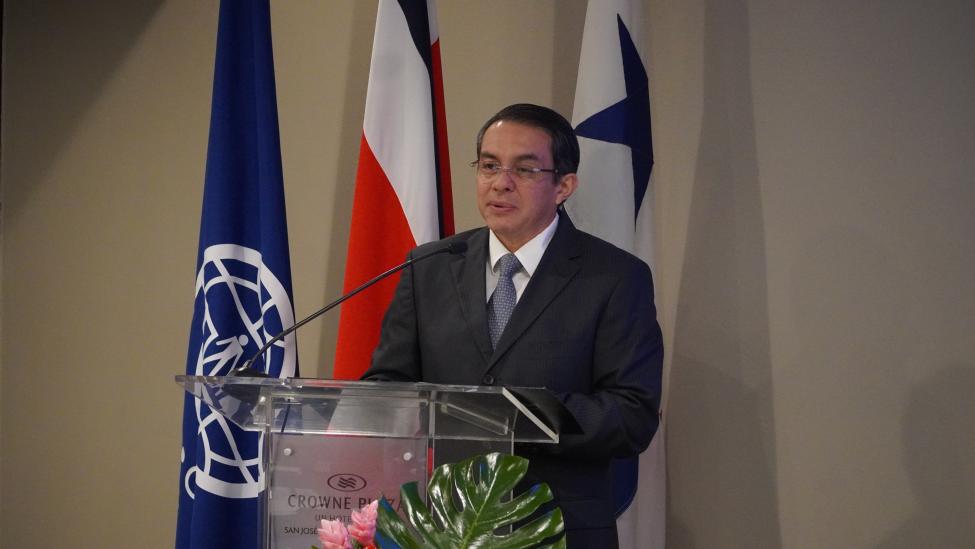 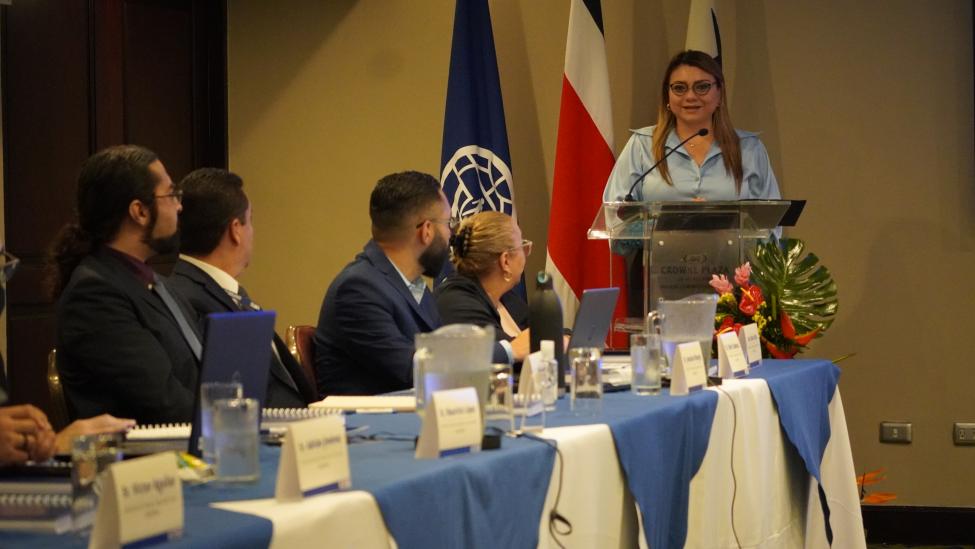 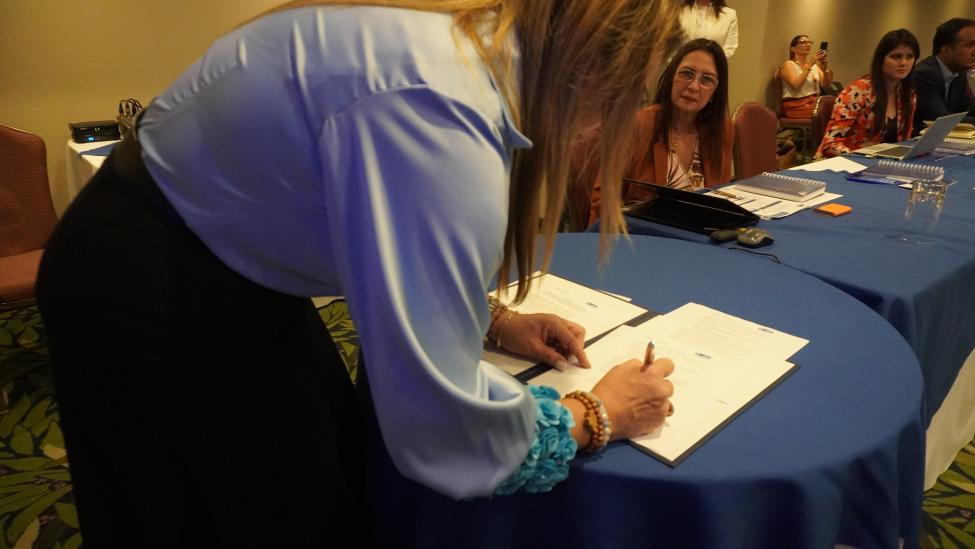 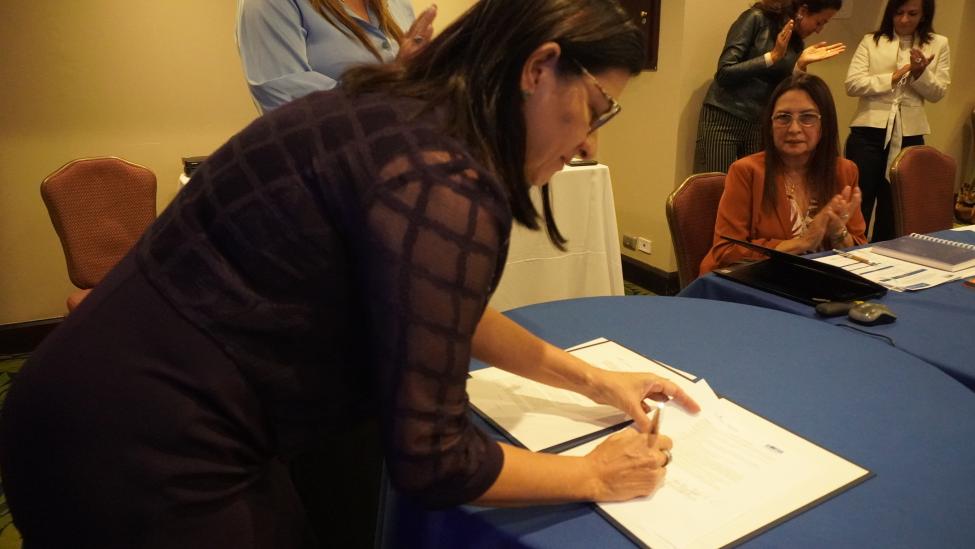 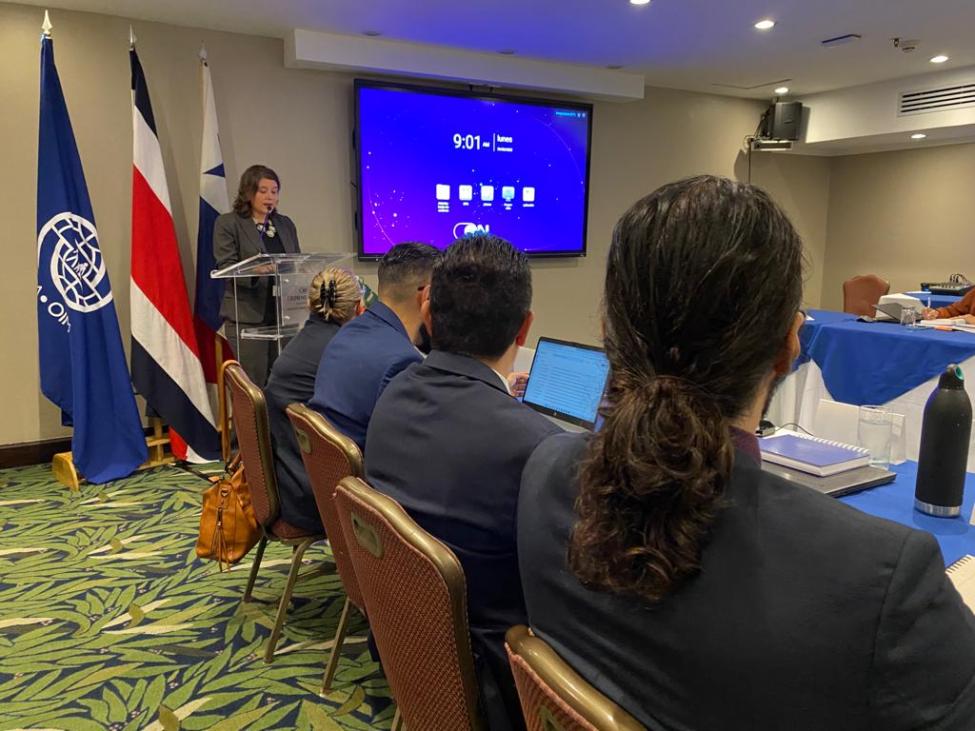 The International Organization for Migration (IOM) of Costa Rica and Panama held the fifth meeting of the Bilateral Technical Committee for the Implementation of the Agreement on the Coordination Mechanism for Migration Flows for Employment and Occupation Purposes between the Ministry of Labour and Social Security of Costa Rica (MTSS for its Spanish acronym) and the Ministry of Labour and Professional Development of Panama (MITRADEL for its Spanish acronym).

Currently, the Action Plan has managed to successfully meet the objectives set out and for this reason the main results obtained were presented; among them the Protocol of Entry, Permanence and Exit of migrant agricultural workers in Costa Rica and the Migratory Labour Traceability System (SITLAM).

"The Republics of Costa Rica and Panama, as territories of origin, transit and destination that have grown from labour force composed of migrants, recognize the need to develop and implement articulated and orderly public policies to ensure respect for labour rights contemplated in national and international legislation to guarantee safe and regular migration," said Santiago Paz, Head of IOM's Panama (Global) Administrative Centre and Chief of Mission in Panama.

The activity took place in San José, Costa Rica, and was attended by government authorities from both countries such as Marta Esquivel Rodríguez, Minister of Labour and Social Security of Costa Rica; Doris Zapata, Minister of Labour and Professional Development of Panama; Marlene Luna Alfaro, Director General of Migration and Aliens of Costa Rica; María Isabel Saravia, Deputy Director General of the National Migration Service of Panama, as well as IOM representatives such as Diana Cartier, Chief of Mission in Costa Rica.

Among the objectives of the event was to promote the exchange of information between the Ministries, with the aim of designing and approving of a joint binational labour inspection plan, and to take binational agreements on the scope of Law 9710, approved by the Costa Rican government at the end of 2019, which regulates the migratory flow of the Ngäbe and Buglé indigenous population to Costa Rica in order to create and regulate special migratory procedures to facilitate the orderly transborder migration of people.

"Through this binational work, migrants can contribute to the economies of countries in a broad way, not only with skills and knowledge, but often supplying highly necessary labour for the economies of developing countries like ours," said Diana Cartier, IOM Costa Rica Chief of Mission.

Likewise, the exchange of information between the Employment Directorates of both countries on the employment situation of migrant workers in local labour markets was achieved and the scope and challenges of the Labour Migration Traceability System (SITLAM) and its possible adoption as a binational tool through a binational labour intermediation program were presented to the Technical Committee.

The International Organization for Migration (IOM) will continue to develop joint actions to improve the quality of services of both Ministries and strengthen relations between neighbouring countries.

This meeting was held with the financial support of the Bureau of Population, Refugees and Migration (PRM) of the Department of State of the United States of America.

For more information, contact the communications teams of IOM Panama and IOM Costa Rica through the iompanama@iom.int or aulloa@iom.int emails.