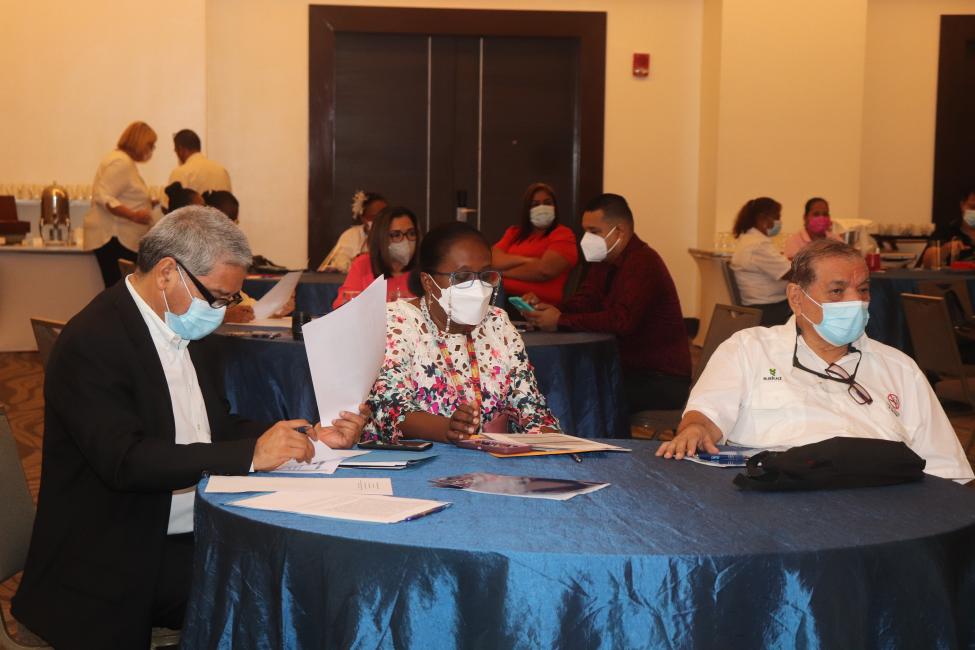 Within the framework of the  "Promoting  peaceful coexistence in the COVID-19 response for migrants, refugees, and other vulnerable populations in Central America and the Caribbean" project of the European Union in conjunction with the Ministry of Health (MINSA for its Spanish acronym), and the International Organization for Migration (IOM), a series of training workshops were conducted in the municipalities of Panamá, San Miguelito,   La Chorrera,  on November 18 and 19 in Panama City and November 24 and 25, 2021, in La Chorrera.

The objective of these workshops was to strengthen the capacities of the key actors with whom we have been working hand in hand in the project based on information about the context of migration in Panama, information to strengthen the response to the health and protection needs of migrants, promoting a more humane treatment of the migrant population in the selected municipalities, and sharing  the work carried out by the Organization at the national and local levels.

The workshops were mainly aimed at MINSA officials in the Health Regions of Panamá Centro, San Miguelito, and Panamá Oeste linked to patient care, such as health promoters, health educators, general practitioners,  nurses,  doctors specializing in psychiatry, general medicine, psychology and gynecology, social workers, medical records staff,     legal advisors and clerks. Likewise, the staff of the different health centers with whom IOM works together in the framework of this project were able to participate, such as the Amelia Denis de Icaza Health Center, the San Isidro Health Center, the Las Mañanitas Health Center, the Altos de San Francisco Health Center, and the MINSA CAPSI El Coco.

With the aim of further  strengthening our cooperation partnerships with the Ministry of Health  and  promoting peaceful coexistence and access to health services for migrant populations and host communities in the  areas of San Miguelito, Panamá Centro,  and La Chorrera, IOM continues to accompany local authorities in raising awareness,  prevention and strengthening of sustainability in the country.

These actions are funded by the European Union through its Instrument Contributing to Stability and Peace (IcSP), and implemented through a multi-partner cooperation agreement with IOM and UNHCR in El Salvador, Guatemala, Honduras, Nicaragua, Panama, and Haiti.

Ending the year with the project Acelerando Tu Emprendimiento