Health fair, an opportunity for integration in the community of Las Zanguengas 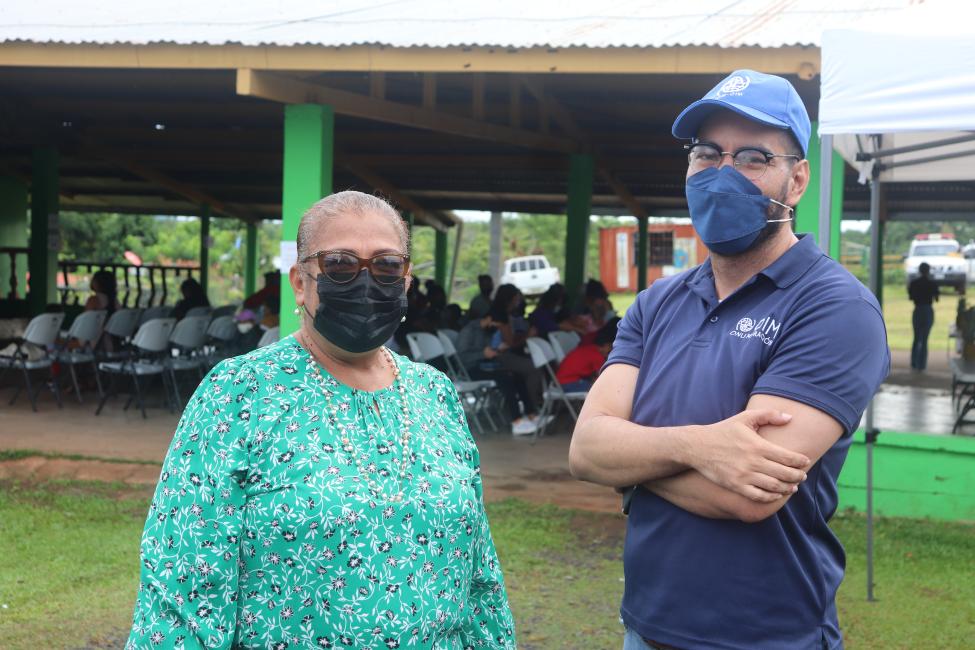 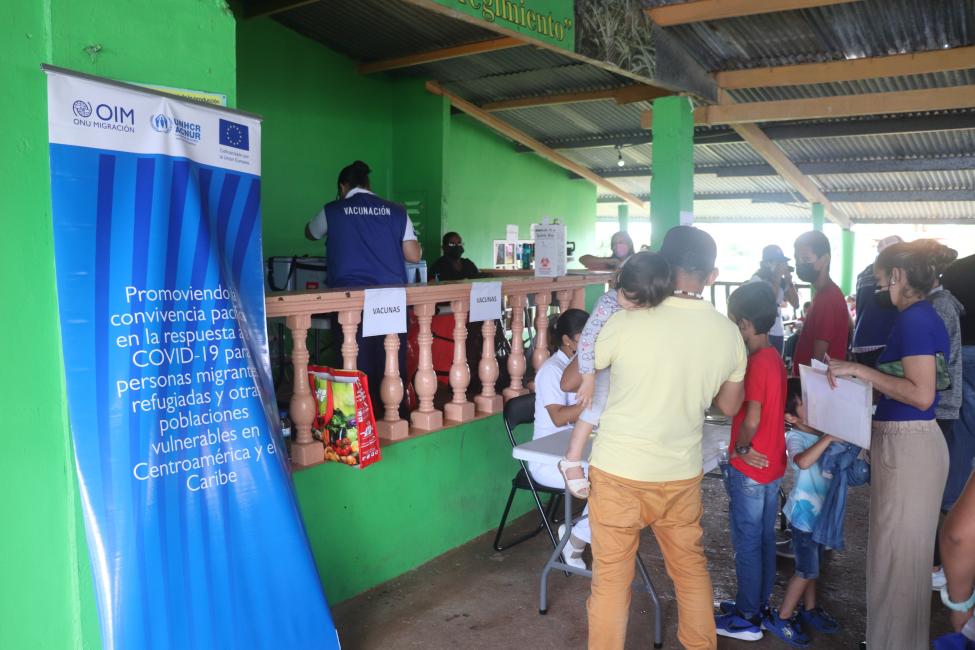 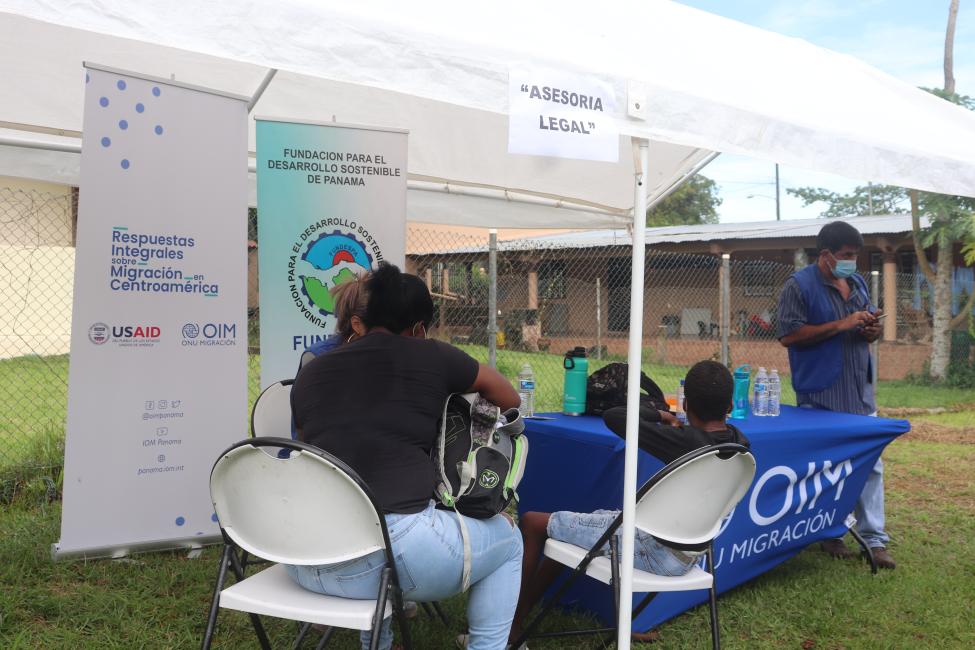 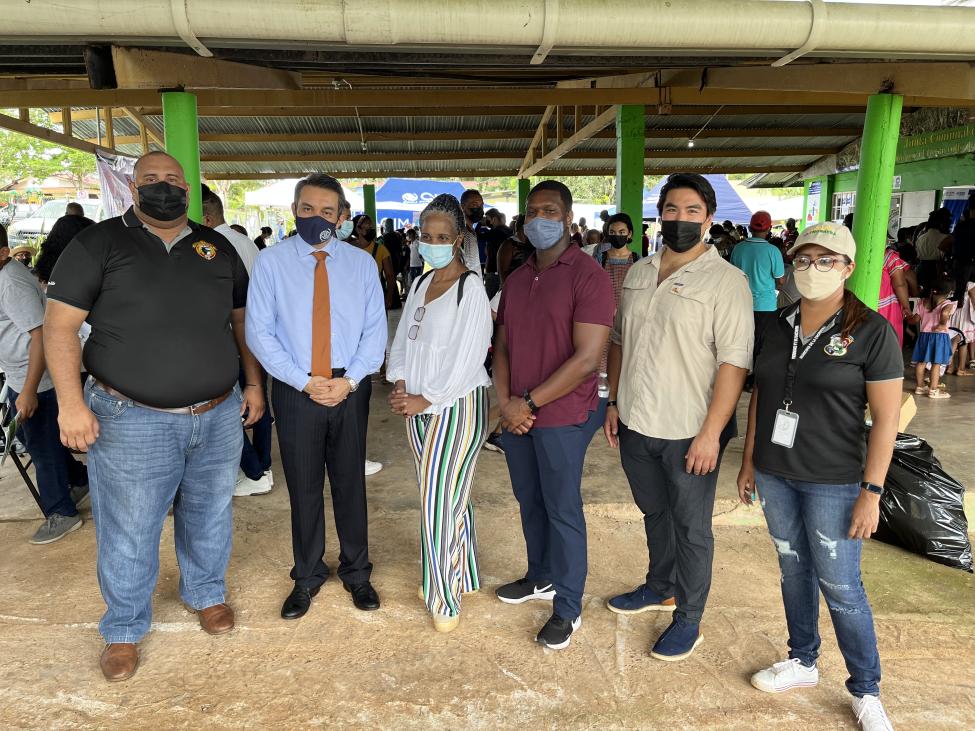 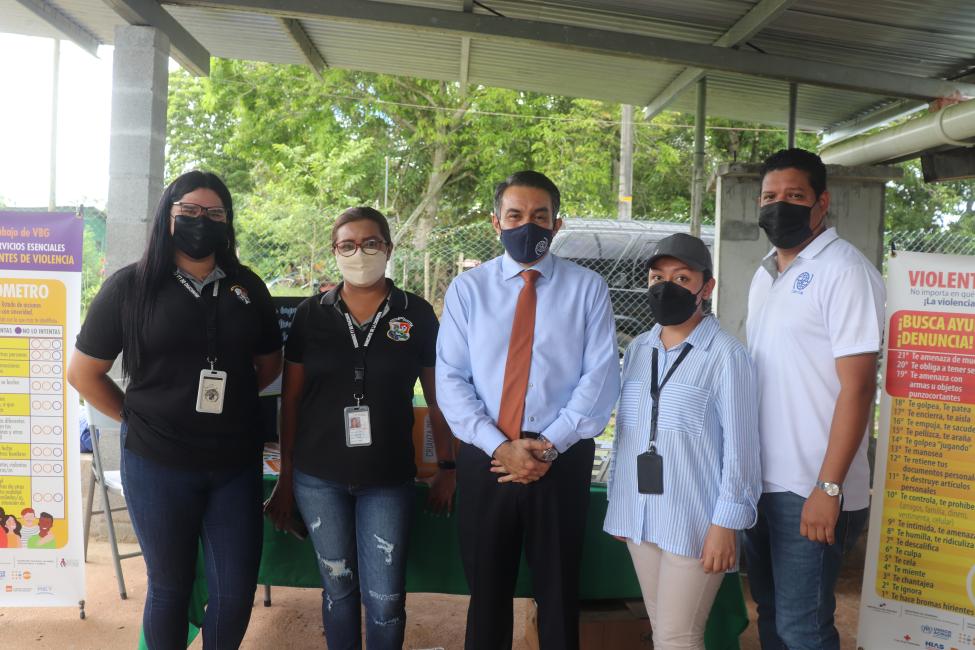 More than four hundred migrants and nationals, mostly residents of the community of Las Zanguengas, benefited on Tuesday, June 14, from various free medical services through the health fair in the corregimiento of Herrera in La Chorrera.

In the Community Board of Herrera, where from early on the registration process of parents, children, adolescents and the elderly took place, care was provided in specialties of general medicine, dentistry (extractions and review), vaccination schedule, nutrition (weight and height), COVID-19 vaccine, PAP test and delivery of nutritional creams to underweight people,  gynecology (ultrasound).

Many people benefited from free medications prescribed by medical specialists.

This activity was implemented in coordination with the Health Region of Panama West of the Ministry of Health (MINSA), MINSA CAPSI El Coco, the International Organization for Migration (IOM) and the Community Board of Herrera as a measure of health promotion, disease prevention and integration of communities for their knowledge on access to these basic services.

In addition, some psychological counseling and legal advice were provided with the specialists of the Foundation for sustainable Development of Panama (FUNDESPA) and in coordination with the Migrants and Refugees Unit attached to the Directorate of International Relations of the Ombudsperson's Office, attention, guidance and legal advice services were provided, mainly on labour migration regularization.

Other local institutions  participated, such as the Municipality of La Chorrera with its departments of Casa de La Cultura, The Office of Youth, the Office of Community Participation, the Ministry of Social Development (MIDES), the National Secretariat for Children, Adolescents and Family (SENNIAF) and the Ombudsperson's Office.

Additionally, IOM was promoting the Communication for Development campaign Piénsalo 2 Veces, which seeks to strengthen the capabilities of migrants from La Chorrera, specifically in the corregimientos of Barrio Balboa and Herrera, to recognize offers and false news and avoid the risks of human trafficking for the purpose of labor exploitation.

This health day was held within the framework of the Strategic Response and Recovery Plan (SRRP) project, with funding from the Bureau of Population, Refugees and Migration (PRM) of the United States Department of State, as well as the project "Promoting peaceful coexistence in the COVID-19 response for migrants, refugees and other vulnerable populations in Central America and the Caribbean"; executed by IOM and the United Nations High Commissioner for Refugees (UNHCR), and funded by the European Union's Instrument contributing to Stability and Peace (ICsP).  It aims to promote integration and peaceful coexistence by improving the health response, community participation and protection environment of affected communities.

National Migration Service participates in workshop on smuggling of migrants

Sustainable tourism in Panama, an opportunity for job placement for migrants