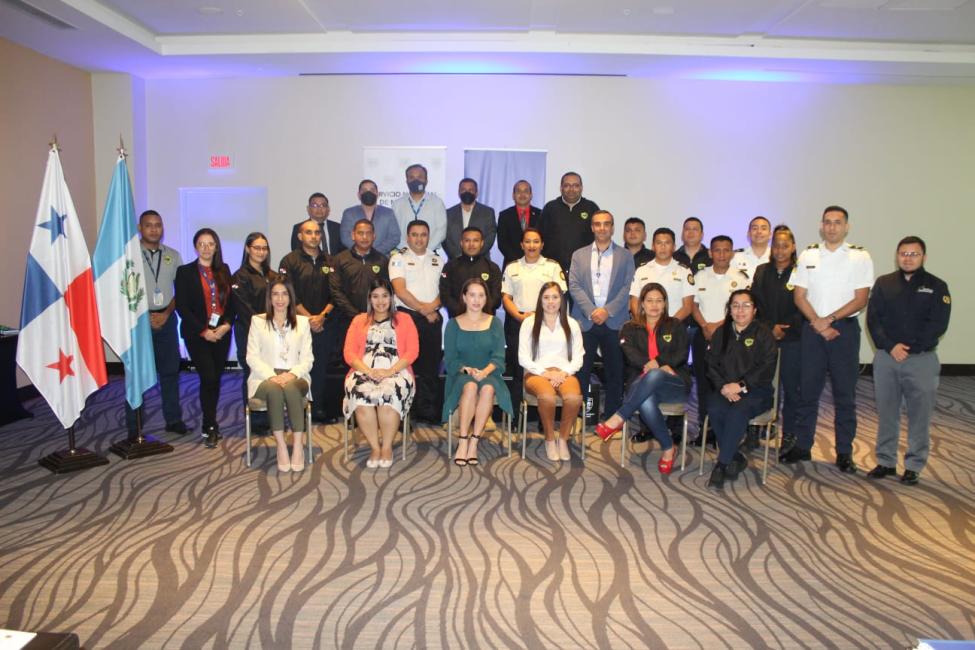 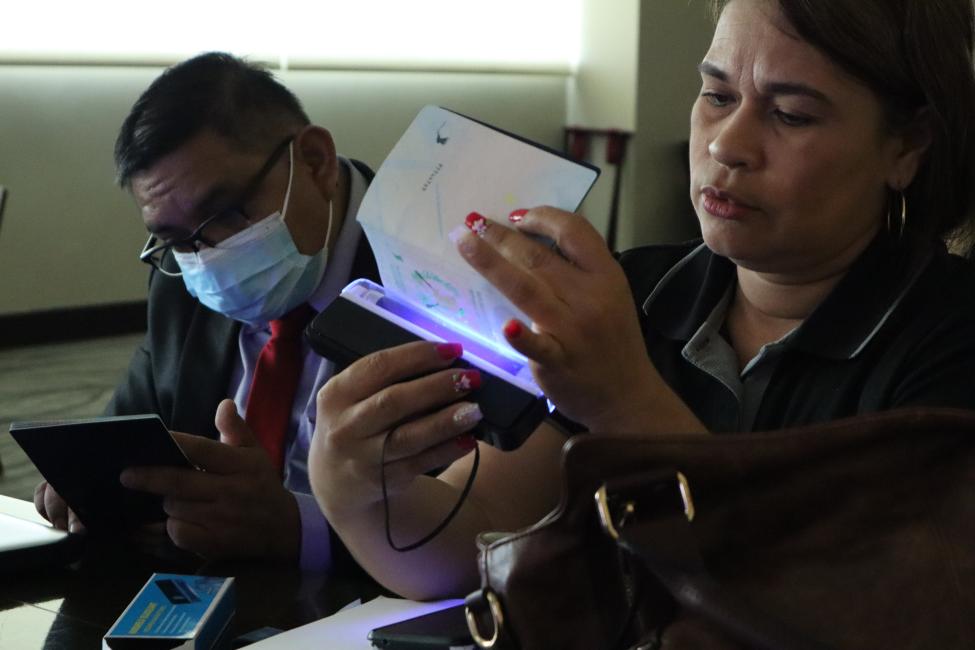 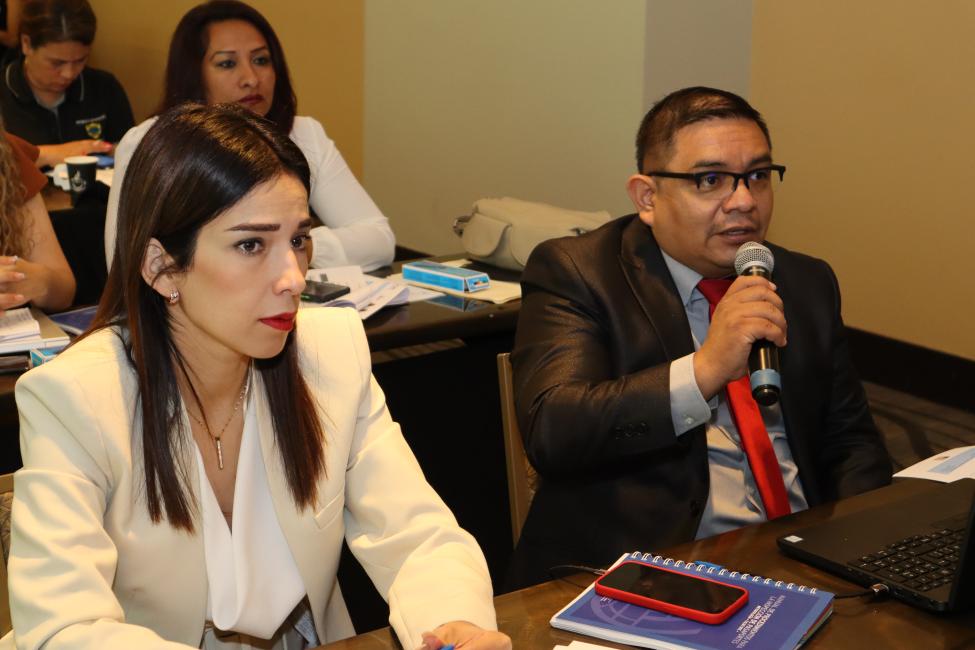 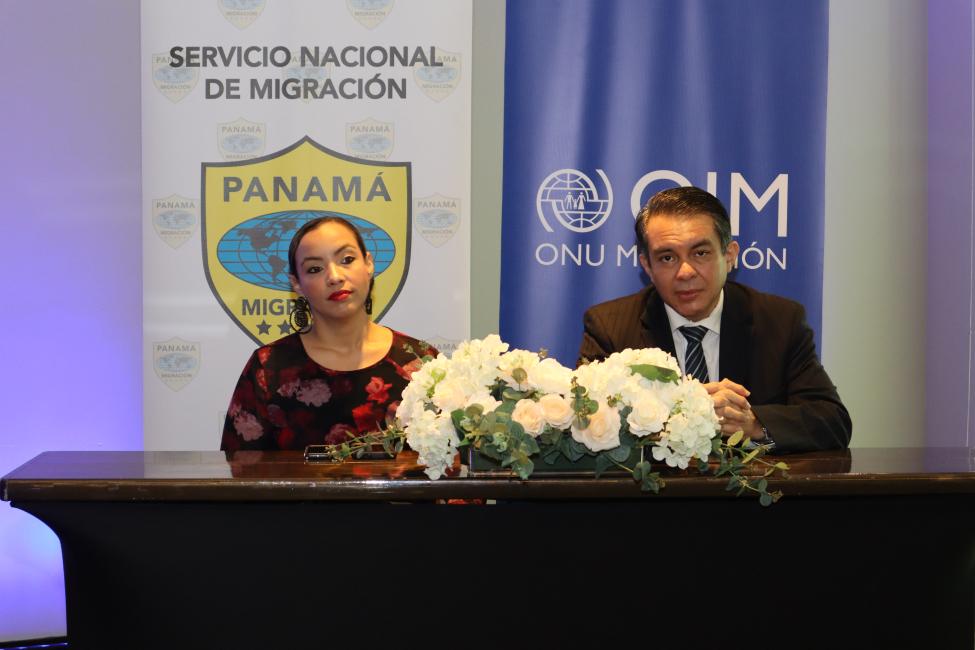 Panama City – With the aim of strengthening the capacities of frontline officers for the identification of identity documents and false passports at airports and land borders of Guatemala and Panama, the International Organization for Migration, the Guatemalan Institute of Migration, and the National Migration Service of Panama held from August 16 to 17 a workshop in which government personnel from both countries participated.

The training was facilitated by IOM specialists and the Migration Operations Unit of Tocumen International Airport in Panama City. The conceptual sessions focused on understanding IOM's Legal Identity Strategy.

Within the practical sessions, travel document inspection and verification exercises were conducted and IOM also provided information on the technical tools provided to authorities for the inspection of travel documents, such as the Document Examination Support Center (DESC), the Migration Information and Data Analysis System (MIDAS), among others.

The workshop also highlighted the progress that Panama has made in the detection of false documents, such as the approval of Law 36 of 2013 regarding the "Smuggling of Migrants and Related Activities". It was under its regulatory framework that OIM supported the National Migration Service in the creation and strengthening of the Unit for Migrant Smuggling Affairs (UATIM for its Spanish acronym) and the implementation of the National Plan Against the Smuggling of Migrants.

"It is essential for IOM to support processes aimed at strengthening national identity management procedures, including support for the inspection of travel documents, to improve the capacity of migration and border authorities to verify the validity of travel documents and to recognize people who impersonate others," said Santiago Paz, Head of the Panama (Global) Administrative Center and Chief of Mission in Panama.

Similarly, the Deputy Director of the National Migration Service, María Isabel Saravia, stressed that the current administration is committed to the fight against transnational organized crime, which is why anti-trafficking measures have been taken, such as the implementation of the UATIM.

She stressed that inter-institutional work, with the support of international organizations, has been key to strengthening actions against this crime.

This training was conducted within the framework of the Western Hemisphere Program, funded by the Bureau of Population, Refugees, and Migration (PRM) of the United States Department of State. For more information, contact IOM Panama's communications team via iompanama@iom.int