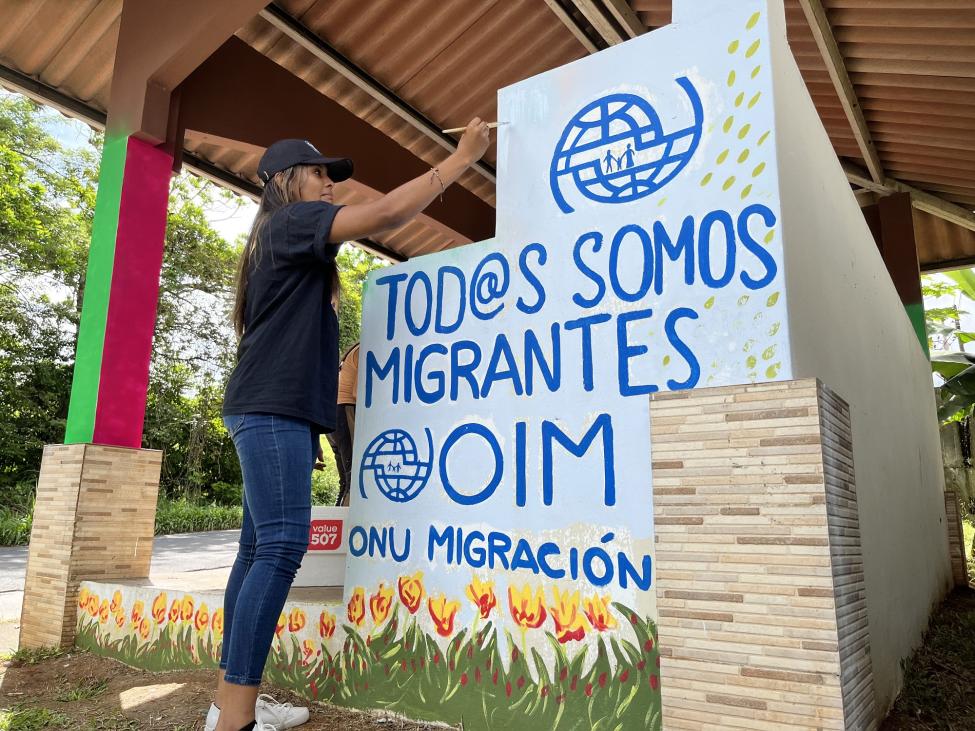 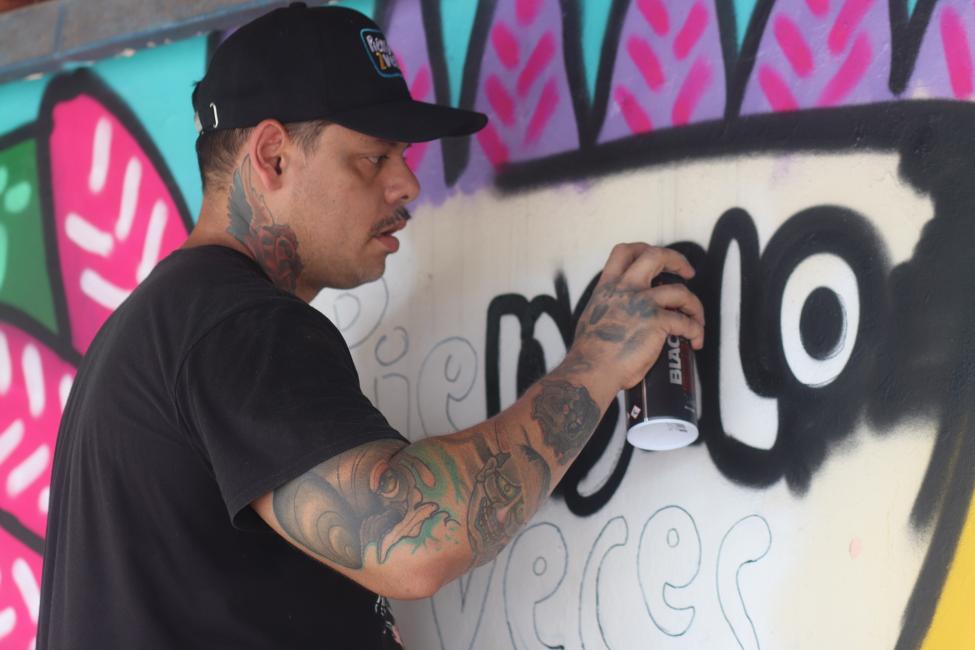 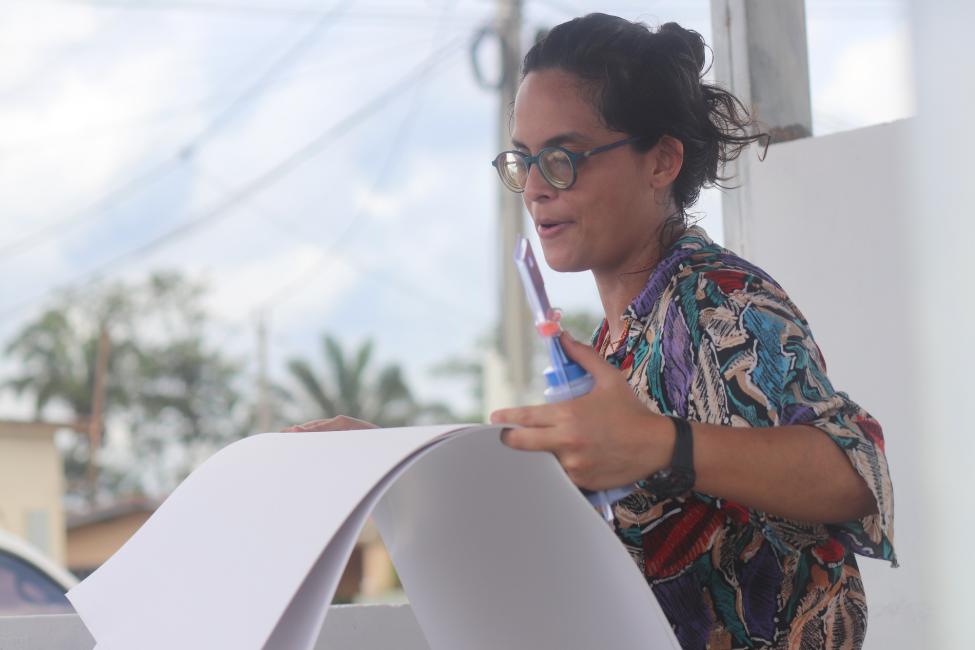 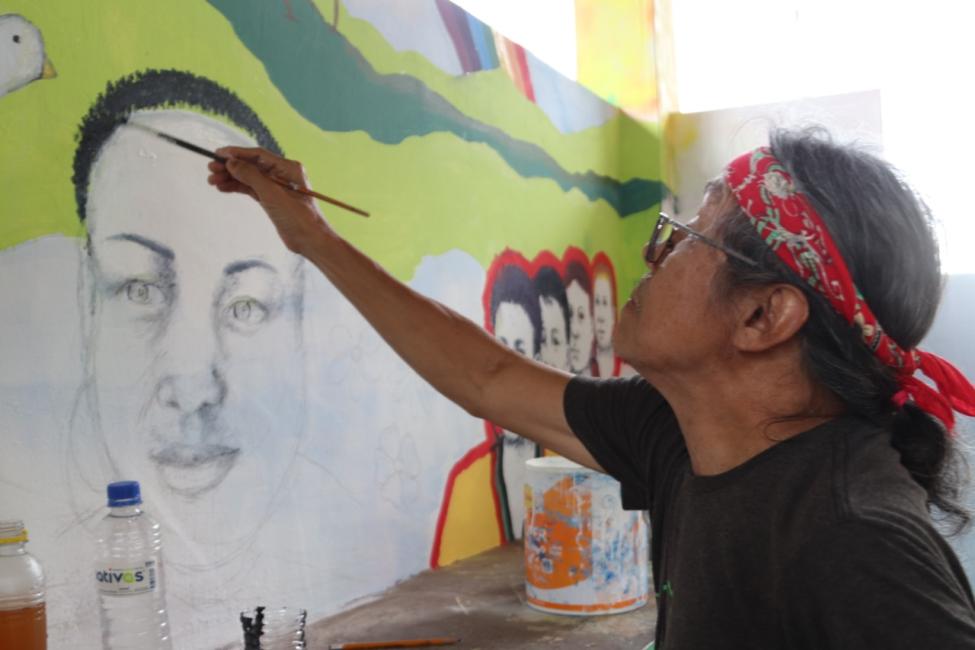 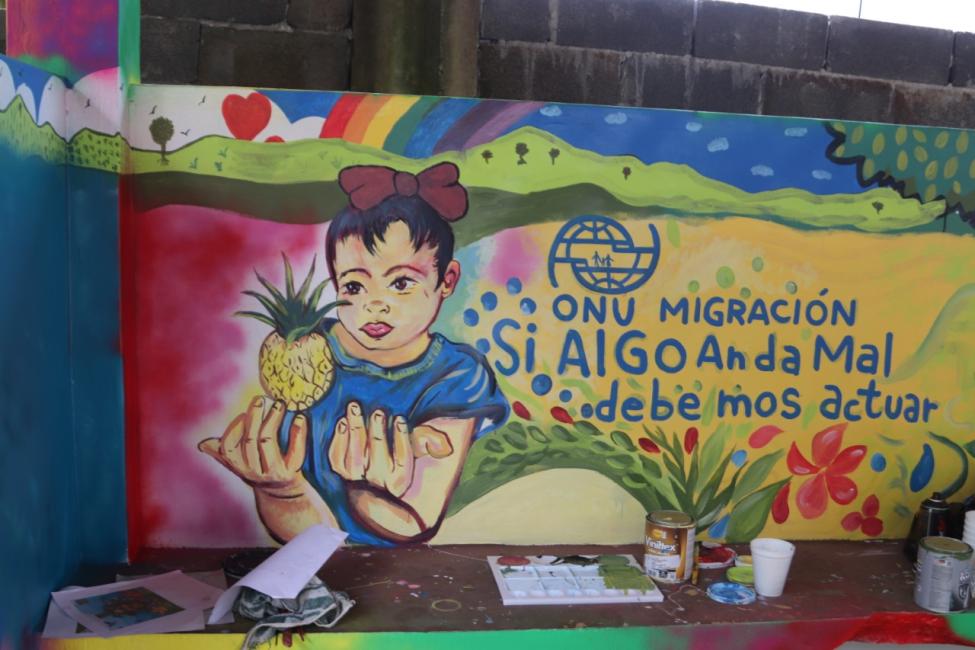 After weeks of preparation, more than 50 young people and 10 local institutions have jointly achieved an artistic intervention in various rural areas in the Province of Panamá Oeste that evokes, reinforces, and raises awareness about their labour rights, integration, and offers a reflective look of informed decision-making when looking for job opportunities in the country.

The realization of the three collective murals took place in the Community of Herrera, located in La Chorrera, an area of the country with a large presence of migrant population, according to previous studies carried out during the construction of the Piénsalo 2 Veces campaign. Their implementation responds to the evidence of activities that were previously identified by the community and, particularly, young community leaders as a powerful tool of social transformation and instrument to raise awareness about labour rights, based on individual and community experiences.

"Today, we approach art and do what we feel, and we have created these spaces for creation, integration, and providing valuable information. We feel part of this community and getting other young people to make informed decisions and not become victims of labour exploitation, nor of trafficking in persons, makes me very happy," says Diogo Luna, one of the leaders of the campaign.

Each participant has a particular link with the murals and the central themes of each of them, through getting to interact with each other and paint their thoughts and feelings. This was clear to Marcela Mena, one of the participating leaders of the community, for whom this activity "has been an integrating process and has provided a lot of information".

For her, the meaning of these murals is special. During the creative process, a previous process of sensitization in the community was carried out and later, through a focus group that involved local actors, it was possible to identify those elements of their cultural identity and key messages that would allow them to collect useful data to frame the creative concepts and design them by the hand of national and international artists, to finally validate them together.

This community outreach activity is part of the Piénsalo 2 Veces campaign and is the result of the joint work between young community leaders, State institutions, local governments, and renowned national and international artists such as Porroncio, Laura Otero and Ologwagdi, who, voluntarily, have been committed to achieving it.

The "Creative Circuit of Labour Rights and Integration" has left a very important mark on the community, because it has been representative of its collective identity. The collaboration between various actors is a symbol of the commitment, leadership, and talent of migrant and national youth who were present to promote informed decision-making that makes a common

call to action, exchange of experiences and dialogue around migration. Progressively, these spaces create a place to encourage and carry out different activities that are actively carried out in the community.

Forum discusses the benefits and challenges of online job offers